The last two weeks we have been engaging in old games that we had not heard of until we looked at old games through history and through each other sharing games that our parents and Ms. Diskin had played with. 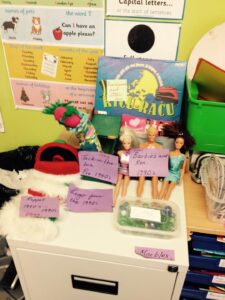 Here’s some of the games we have taken to the yard with us!

With just a long piece of elastic and a couple of pairs of willing ankles, elastics was the ultimate game of fun. Thanks to Angelika for introducing us to it. 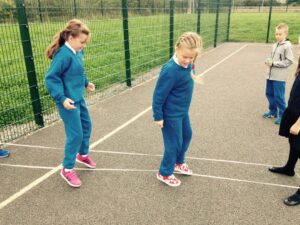 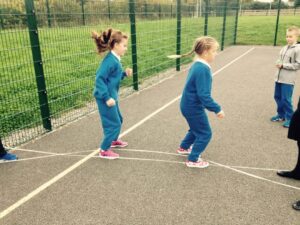 Thanks to Daisy for bringing this game in. Travel around the world with this classic dice game!
Roll the dice, and move the pieces around the game board. The first player with all four pawns in the finish wins! Ricu Racu offers fun, excitement, and tactical thinking. 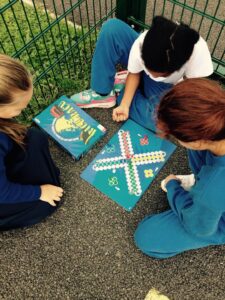 Craig, Patrick and Ella brought in marbles and showed the class different marble games they knew on the yard. Fun alternative game that all could play with ease. 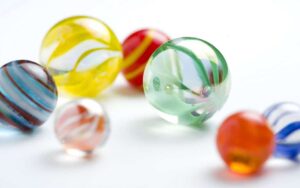 We played a variation of Red Rover / Bulldog. One or two players were selected to play the parts of the rovers. The rovers stand in the middle of the play area. All remaining players stand at one end of the area. The aim of the game is to run from one end of the field of play to the other, without being caught by the rovers. When a player is caught, they become a rover themselves.

A person is picked to be the Queenie, and that person turns their back to everyone else.

The Queenie then throws the ball over their shoulder. Everyone tried to catch the ball and the one who catches it shouts ‘Caught Ball’. The are now ‘on’

However, if nobody catches the ball, whoever picks it up, hides it behind their back.

Everyone else does the same (hands behind their back)

The Queenie has three chances to guess who has the ball through a process of elimination. If they dont pick the right person, the person with the ball becomes the new Queenie and is on next!

(We adapted this to Queenie for a girl and King-ie for a boy.) 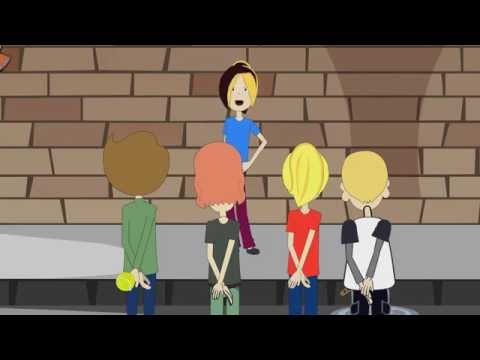 Half day on Monday, Feb 24th