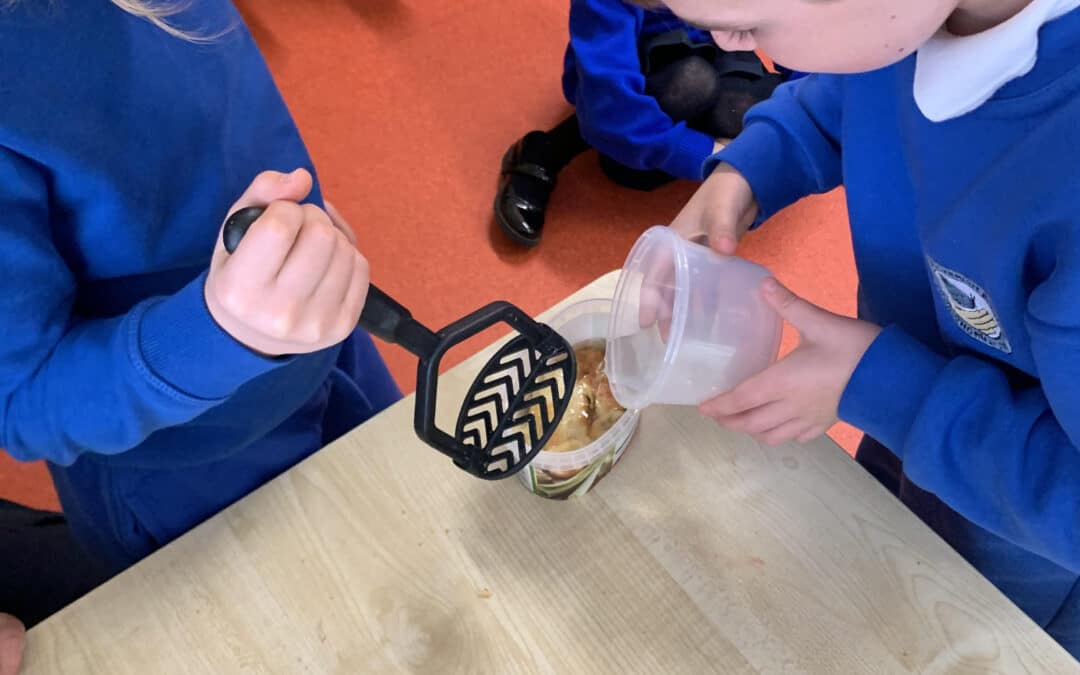 We learned about the digestive system in Science this month. We did an active demonstration of the digestion of a croissant.

First it entered the ‘mouth’ where it was broken down by the ‘teeth’. This is known as physical digestion.

Then, we added ‘saliva’ which is full of enzymes that help break down the croissant. This is known as chemical digestion.

Next it moves from the oesophagus to the ‘stomach’. The stomach released digestive juices and acid (we added Coca Cola!) that broke down the croissant and killed harmful bacteria. The ‘muscles’ of the stomach sloshed the food together with the juices to make a soup called chyme. Physical and chemical digestion happened here.

After that it moved down the ‘intestines’ where all the nutrients, water, minerals and salts were soaked up.

It was quite a messy process, and rather smelly! However it was a great way to learn about where our food goes.

We finished the lesson by labelling the parts of the digestive system.

The end of term 2 is on Friday 3rd April. Next new learning is from Monday 20th April.  Any families who wish to continue learning may do what’s been sent home to date.

Scoil Chormaic closed on Thursday, March 12th, and will not reopen for a period up to April 19th, pending review by the Department of Education.

Please see the post in our news section on the school response to COVID-19.